CHILE: HOPE. For the first time since the second wave (mid-june), the number of daily cases was below 1000. In the south (Magallanes), less than 100 new cases. Let us wait for weekly figures and cross fingers. 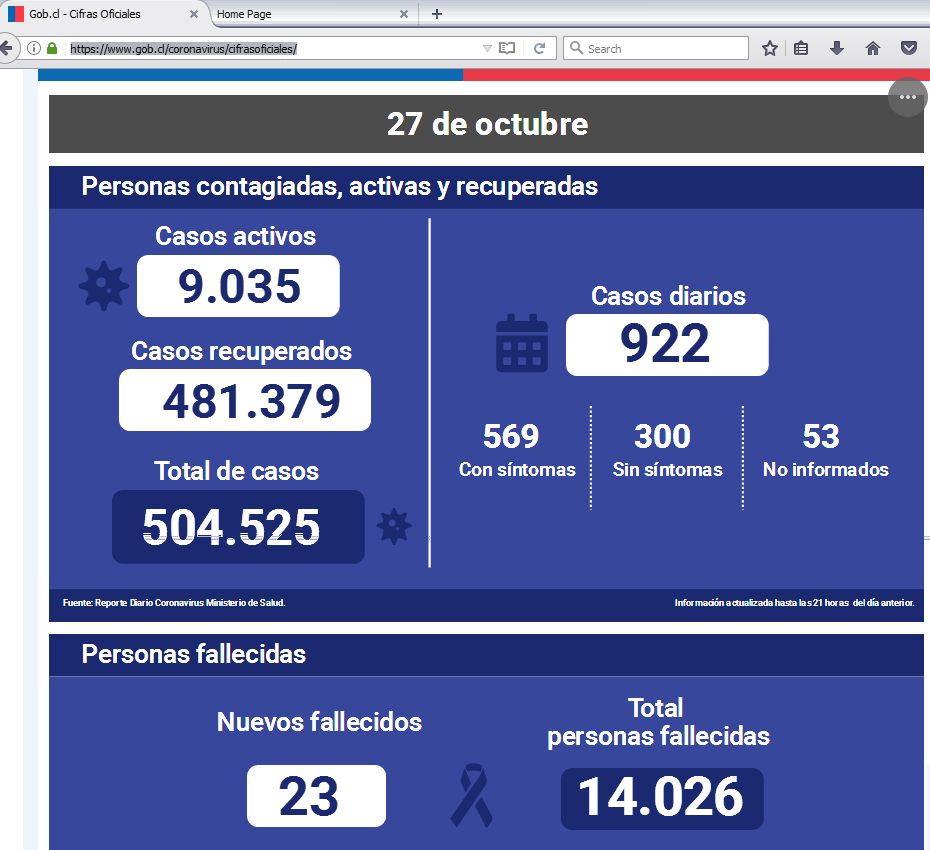 PUERTO WILLIAMS: problem with fishing boats. Several fishing boats are in quarentine in the bay of Puerto Williams. There were also a few cases among the fishermen’s families.

Explanation. There are between 1300 and 1400 boats in the south for the King Crab fishing season (Centolla) – source: not official. Most of these boats come from Punta Arenas where the contagion rates were high.

The season ends in December then the fishing boats sail home and the contagion may not spread further.

FRANCE AND SPAIN: DISPAIR.  I came back from Chile during the peak of the second wave, mid June. maximal precautions, wearing mask permanently, lockdown, etc.

Here, in the Basque Country, I was stunned by the number of tourists and the behavior of the people.

No mask, approximate hand washing, and a gregary behavior:private parties, streets and shops, public events, any opportunity is good to group together.

Most important, many people unconsciously come close to you instead of keeping a safe distance.

Result: second wave,  worst than ever. Lot of restrictions in Spain, and in France, confinement starting now for at least one month.

In other terms, the governments had the anticipation capacity of headless hens.

Well done, people, and thanks, governments.