Alone in the Antarctica with a psychotic, violent crew, armed with a big knife.

February 10, Melchior Islands, Antarctica. We are about to leave a mooring. JGT has a psychotic episode. 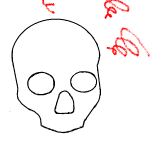 While I am recovering a mooring line (rope tied to a big rock), JGT throws overboard the scythe and the machete used to clear the kelp (sea weed).

“I want no weapons abord!” he yells, “I don’t trust you and I dont trust myself”.

Well, HE is armed with a big knife that he brought aboard.

JGT becomes more and more agressive and tries to intimidate me: he threatens me and searches for physical contact.

I call Maite (my wife) by satellite phone. If I don’t contact her within 24 hours, she will report to the Chilean Navy.

I tell this to JGT. My life insurance, I say. JGT’s answer: “Good, if I prevent you from calling they will come for us”.

Not really what I expected. Therefore  I contact directly the Chilean Navy by satellite phone and  I inform on a mutiny.

From now on the Chilean Navy will keep permanent contact by satellite phone and keep my wife informed.

Every time I am on the phone, JGT yells as a rabid donkey, almost covering my voice.

Sorry for the comparison. Donkeys are sweet.

At some point, JGT prevents me from reaching the pilot table. He seems busy taking pictures, writing notes… Obviously not steering the boat.

Either JGT wants to take control of the boat or he wants to cause damage, so that he will be rescued.

Paranoia? NO. In a former argument (February 8) he repeated several times that whatever mistake he did was my fault because I was the captain,  that if I could not prevent him from making errors I was no captain.

This sounds weird, but legally he is right… Except that I declared mutiny. In this case the captain is no longer held responsible. He is the only responsible for his acts.

JGT blocks the access a first time. After a few minutes he reluctantly steps back and I can use the pilot table.

A moment later, he does worse. He blocks the entry of the cabin and pushes me outside.

First physical assault. Enough! The boat is without pilot in a dangerous, narrow bay (“the Sound”) .

I grab him back, prevent him from pulling out his knife and throw a couple of punches.

I have to use persuasion to cool him down (to be precise I use a neck lock and a mooring rope). After some time, he  gives the signal that the struggle is over.

From now on he is agitated but no longer aggressive. Instead, he takes selfies of his bleeding nose. 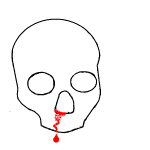 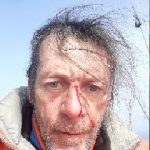 I leave him make radio calls. He calls any boat around for help. However, I keep the satellite phone with me. Safer.

While we circle around Melchior Islands waiting for instructions, the Chilean Navy dispatches two sailboats to assist us.

The initial plan is to escort us towards the Navy Station Gonzalez Videla. However JGT makes a fuss, he does not want to be  in the hands of the Chilean Authorities.

So I accept a B plan, and we meet the sailboat Y  between Melchior islands Eta and Omega. We have to sail in a thick fog.

The fog and the rocks unreported on the nautical chart make things more interesting, thank you JGT.

We reach the meeting point, raft the two boats and JGT jumps aboard the Y.

JGT expects to sail back to Puerto Williams on the Y.  No way. The crew does not want JGT aboard. As an information, there is a neuropsychologist aboard, and she assesses his mental state.

Instead, the Captain of Y uses his tender to drop JGT in an empty Argentinian station on another island,  2 miles away.

First thing, he confiscates the knife.

After I got rid of JGT, I sailed deeper into the Antarctica, and back to Puerto Williams, single handed. This was a wonderful trip, and Sonabia 2 behaved very well.

On the way back I stopped at the Chilean Station Gonzalez Videla. It was the opportunity to meet these nice people and to thank them personally for their support.

His name is Josu Guerra Tolosa (his true name is Jesus Maria Guerra Tolosa) . He lives in Hondarribia, Spain, and owns the sailboat Spirit of Anuk.

When I wrote this post, on April 24, 2022,  I wanted to keep this anonymous. However, I saw on April 29 that JGT published an article in a Basque Journal, with names and  personal data.

In his version, he is the hero and the victim.  He mixes up facts and dates, there are omissions and invents. He does not care about contradictions.

However the article gives insights into his state of mind. This confirms  100% what we (Maite and I) analyzed afterwards.

Why did this happen?

1) I did not know well  JGT and I only sailed a few times  with him.

The guy helped spontaneously for the construction of Sonabia 2 (he worked 64 hours). Out of gratitude, we invited him to sail to Antarctica.

Also we wanted to assess his potential as a crew for future trips. He was very proud of his sailing experience.

2) A high self esteem but no high latitudes experience

He writes (translated from Basque)  “I am a merchant marine officer, a high seas skipper, a professional sailor, I am not a beginner, I am a full-fledged sailor “

However he never sailed in the roaring forties, less in the screaming fifties or the Antarctica.  Sailing with tourists in the Mediterranean Sea does not prepare you for this.

3) A lesson giver that does not accept his own ignorance

Before we sailed JGT gave me an extensive lecture on the theme: “I always respect my crewmates, I never yell, etc.”.

Point taken, I am rather foul mouthed. When dealing with him, respect and no yelling .

However, at the first observation I did him (with respect, as he demanded) he exploded and threatened to disembark.

Departing from Puerto Williams, he did a fancy maneuver to cast off the mooring ropes. Fancy but unsafe in windy conditions. I told him so. From his viewpoint, this was an unacceptable criticism.

I did not react to his outburst and this was a mistake.  I should have turned back to disembark him immediately. Later, it was too late.

The trigger of his crisis was another observation, this time in the Antarctica.

4) The fear of the Drake Passage and the Antarctica

The weather was strong in the Drake Passage and we found unfriendly easterly winds in the Antarctica.

Nothing exceptional but JGT was sick during most of the Drake crossing. After that, he started to mess up his maneuvers.

Confirmation. He writes (translated from Basque) “Antarctica is not my landscape (…) Everything there is white and gray. It’s an incredibly harsh environment (…) Ice everywhere, even in the water. If you hit these blocks… And on the boat, with the heating on at all times, with gloves at all times (…). Now, it’s been a tough challenge! Cross the Drake Passage (…)”

Elsewhere he writes (translated from Basque) “I think Eric gets especially nervous when he senses that the weather is going to get worse, and maybe that’s why..”

A typical inversion of roles. I have a bit of experience in the high latitudes (including a former single handed sailing to Antarctica, 24 sailing expeditions to Cape Horn etc.).  Guess WHO gets nervous.

5) Poor understanding of the sailing conditions

JGT has a poor understanding of the weather in high latitudes and the constraints it imposes on the navigation.

This was clear right from the start.  In Puerto Williams, when all the skippers could see an obvious weather window to cross the Drake , he only saw heavy weather.

At some point during his crisis he said that he was unable to steer the boat back to Puerto Williams. This was honest.

Combine a lack of understanding, the stress and the refusal to accept his own ignorance and you have the conflict that triggered the crisis.

When I woke up – by my own – at 21:30 the wind had already changed. The waves were against us and the speed had dropped from 6-7 knots to 3 knots. Leeward, Brabant Island and its walls of ice.

Without entering into details, the rest of the navigation depended on the timing: we had to maintain our speed.

JGT was watching the nautical chart, doing nothing. I took his place at the pilot table, opened the throttle and the boat recovered her speed and her initial course.

I made him a clear criticism: his role was to wake me up. No way. He kept saying that he “did me a favor” by not waking me up and the change of wind was “nothing important”.

I tried very hard to keep my temper, but HE exploded. Among other things he repeated many times that whatever mistake HE did was my fault , as the captain, and that if I could not prevent HIM from messing things up I was no captain.

7) My lack of patience and diplomacy

I have problems with incompetence and stupid discussions. They often go together.

When the job is done, everything is fine. Screw things up, start a pointless argument and we are in trouble.

Also, I admit that I cannot make a clear difference between  diplomacy and hypocrisy. Not good for resolving conflicts.

When JGT yelled at me, spitting in my face and pointing his finger at my nose  I did not accept it an I yelled back.

I could not help it, even  if it is pointless to argue with donkeys.

After that, It was clear that JGT was useless as a crew. I just ignored him.  At least for a few days, until the conflict cools down.

This was too much pressure for JGT. He could not stand to be ignored, he had no patience to let things cool down. He was about to become violent.

He writes (translated from Basque) “It’s not easy to handle that. Think about it, you are in Antarctica, isolated, with no sailboats around. I feared that the only way to handle the situation (…) was  the use of force”.

This confirms what he yelled when he threw the cutting tools overboard: “I don’t trust you and I don’t trust myself”

Afterwards, I learnt that health professionals always consider the possibility of violence during psychotic episodes.

A crew of 2 persons only works if they know well each other.

I already had a crew mate that became nervous and touchy (but not violent) under the effect of anxiety. Pity I  did not remember this before we departed.

10) Psychotic and panic attacks are common at sea

Afterwards, we reckoned that psychotic episodes and panic attacks are  frequent at sea.

In her book  Ocean Scrapers,  about Terra Nova fishermen, Anita Conti relates that a crew went mad and threw his own bed’s planks overboard.

This is the reason why  the  Spanish Hospital Ships that accompany the fishing floats have contention rooms (cells).

In addition, the high latitudes may worsen things. I personally knew four boats where such episodes occurred  (now five). JGT is only the second person that became violent. 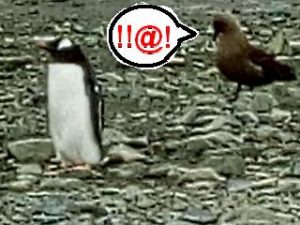